A Wider Circle Founder, Mark Bergel, Named a Washingtonian of the Year

A Wider Circle Founder, Mark Bergel, Named a Washingtonian of the Year 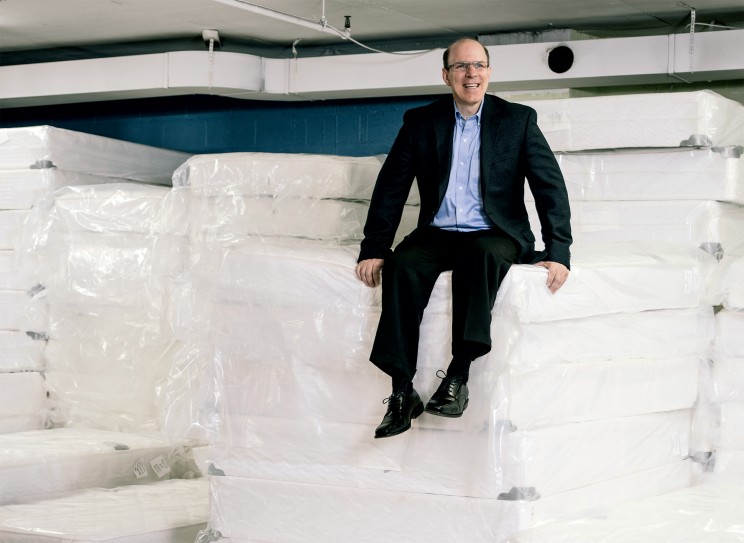 A Wider Circle founder and Executive Director, Mark Bergel, has been named a Washingtonian of the Year by Washingtonian Magazine.

After Bergel got his PhD in sociology at AU, two professors encouraged him to teach a course on his passion: combatting poverty. He began A Wider Circle in 2001 following a visit with students to a family who lived in an apartment containing only a chair and a TV. It was life-changing for the teacher, who vowed: “I will not sleep in a bed until everyone in need is able to sleep in a bed. I will sleep on the floor and the couch and let that inspire me to work harder on behalf of those in poverty.” (Long single, he has stuck to the promise.)

Bergel began by asking people he knew to donate furniture. He stashed pieces in friends’ garages and borrowed vans for pickups. His students became his interns. Eventually he acquired an abandoned warehouse—a move some nonprofit leaders might have questioned. Not this one: “The people I meet are suffering. I can’t be cautious.” His goal isn’t to make comfortable people feel guilty but to empower everyone to do something. Says Bergel: “Our nation’s capital has to be a model of what is possible.”

>> Donate to A Wider Circle