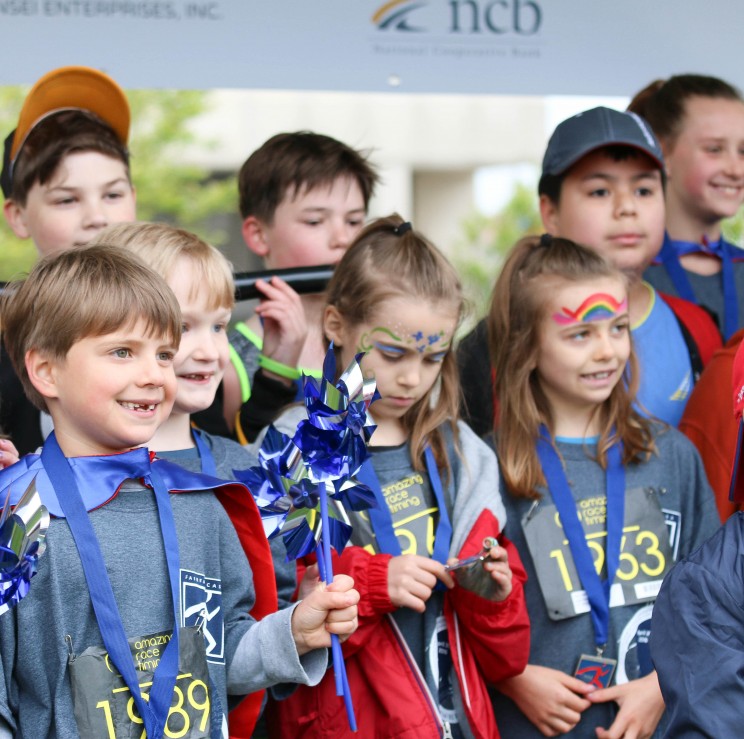 Fairfax Court Appointed Special Advocates (CASA) is a 501(c)(3) public charity dedicated to ensuring that the most vulnerable of children—those who are caught up in the confusing, chaotic and scary child protection system that they unwittingly become a part of—are provided with a safety net. By recruiting, training and closely supervising citizen volunteers to become the “eyes and ears of the Court,” Fairfax CASA has been able to provide a voice to 7,000 children with open abuse and neglect cases in the Fairfax Juvenile and Domestic Relations Court since1989.

You don’t have to be a CASA volunteer to support Fairfax CASA’s work though. In fact, if you own a pair of walking or running shoes, you can make a big difference by “Running for the Children” on Saturday, April 29, 2017 in the 7th Annual Fairfax CASA (Court Appointed Special Advocates) Run for the Children 8K Race & 3K Run/Walk. Kicking off at 8:00 am on April 29th, the race will be held in historic Fairfax City, starting and ending at the Fairfax Courthouse complex on Chain Bridge Road.

Since its inception in 2010, the Fairfax Run for the Children has become a “must-do” event for runners, families and businesses across Northern Virginia. On average, this race attracts nearly 1,000 runners and walkers, 250 volunteers, and raises almost $85,000 each year to support Fairfax CASA’s advocacy work with abused and neglected children in the community.

“CASA Actually puts it on themselves; they don’t hire a third party group, where a lot of charity type races do…they actually do the work themselves, which is very impressive to me….It leaves you with a very good feeling.  Any business wants to be associated with things like that.  At the end, you are able to really say, ‘I accomplished something today.’ It’s a great feeling,” says Craig Smith, Owner of Twins Ace Hardware, who has sponsored Fairfax CASA’s run multiple years in a row.

Your Participation Gives Children a Voice

Corporate sponsorships, race registrations, and donations raised through the race support the training and guidance given to the dedicated citizens who serve as CASA volunteers, providing the children of Fairfax County with a voice, so that they are heard. The juvenile court relies heavily on the CASA volunteer’s work and requests that Fairfax CASA assign a volunteer to every case of abuse and neglect before the Court. With an average referral of one case every 34 hours, the organization must recruit new volunteers year-round. During the 2016 fiscal year, CASA volunteers worked over 16,000 hours, making over 4,450 visits with approximately 350 children and driving nearly 130,000 miles to advocate for their best interests. CASA Volunteers are the promise keepers--staying on their cases from beginning to end--often the one constant, reliable adult in a vulnerable child's life.

If you are interested in running, walking or becoming a race day volunteer, please visit Fairfax CASA’s 2017 Annual Run for the Children website for details or call 703-273-3526 for more information. The race wouldn’t be possible without the support of volunteers. There are many great volunteer opportunities, including: Promotions and Outreach, Packet Pick-up, Course Marshal, and Water Station. Volunteers should expect to participate from 7:00am­—12:00pm on Saturday, April 29, 2017.

Fairfax CASA needs race day volunteers to help with promotions and outreach, packet pick-up, course marshals, water stations, grounds set-up and clean-up. Host a volunteer campaign to rally your employees around this important cause. Volunteering is a great team-building opportunity, and according to 82% of employers surveyed in America’s Charities 2015 Snapshot report, employees want the opportunity to volunteer with peers in a corporate-supported event. 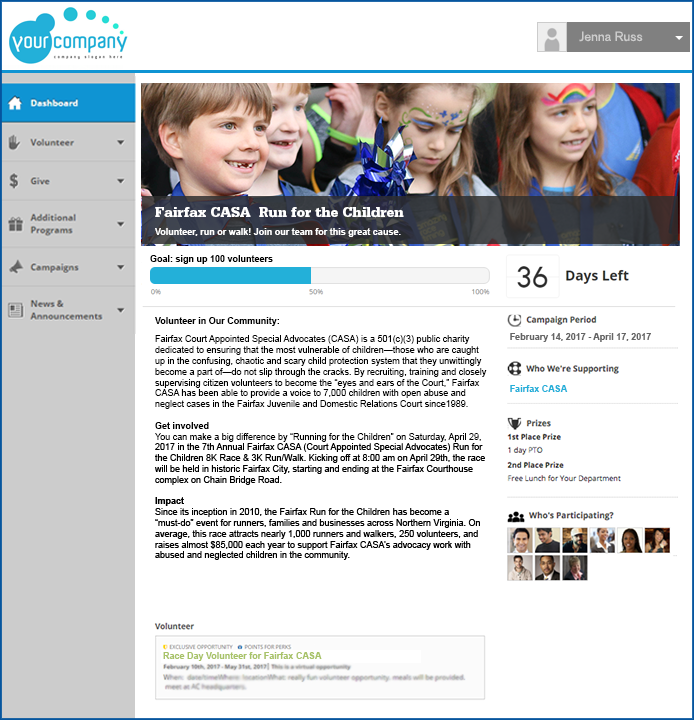