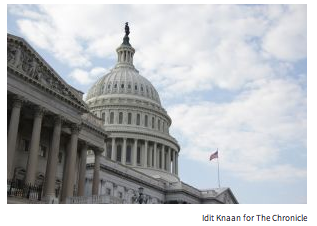 Source: The Chronicle of Philanthropy

United Way Worldwide may ask Congress to overturn new rulesannounced this month to modernize the government’s annual charity drive, saying the changes will hasten the continuing decline in donations from federal workers.

The most-recent campaign produced nearly $210-million for the nation’s charities, a sharp drop from the high of $283-million in 2009.

The most controversial changes to the Combined Federal Campaign, set to start in 2016, will ban federal workers from making their charitable contributions in cash; charge nonrefundable application and other fees to nonprofit organizations that raise money in the drive; continue to consolidate the 163 local drives that make up the campaign; and centralize distribution of the money raised under the federal Office of Personnel Management.

Those changes were opposed by nearly all of the hundreds of individuals and organizations that formally commented on the proposals last year.

“We are very disappointed that OPM decided to go forward with these rules despite overwhelming opposition,” said Steve Taylor, senior vice president for United Way Worldwide, whose local affiliates manage many of the drives.

He added, “We are likely to ask Congress to overturn the rules.”

The fees that charities will have to pay to apply and participate in the fundraising appeal could force small charities out of the campaign, Mr. Taylor said.