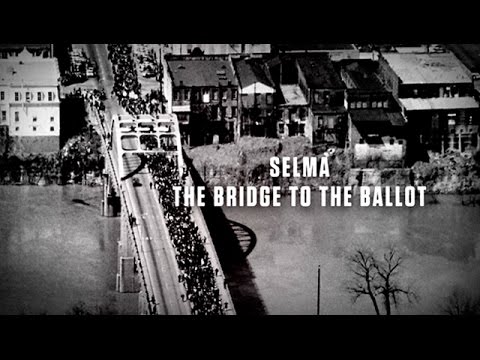 The SPLC’s new Teaching Tolerance film about the Selma voting rights march will premiere this week in Montgomery during the festivities marking the 50th anniversary of “Bloody Sunday,” the day Alabama state troopers attacked civil rights activists on the Edmund Pettus Bridge.

Selma: The Bridge to the Ballot, narrated by Academy Award-winning actress Octavia Spencer, examines the true story of the 1965 Selma-to-Montgomery march and the battle for voting rights. It’s told from the perspective of teachers and students at the forefront of the historic movement.

Visit the website for the film to watch the trailer.

"Our film is a documentary that tells an important story not touched on by the Hollywood feature,” said SPLC President Richard Cohen, executive producer of the film. “It’s the true story of the forgotten heroes, Selma’s courageous students and teachers who stood up against injustice despite facing intimidation, violence and arrests.”

The SPLC’s new classroom documentary, Selma: The Bridge to the Ballot, tells the story of the 1965 Selma voting struggle through the eyes of teachers and students who were at the forefront of the movement.

The SPLC has already begun shipping the 40-minute film and its teaching guide to thousands of schools across America. Nearly 25,000 orders have been processed.

“Our goal is for every high school and middle school student in the country to see the film during March,” said Teaching Tolerance Director Maureen Costello. “The film and companion tools help students learn about a significant time in the nation’s history as well as highlight the importance of voting and making a difference in your community.” 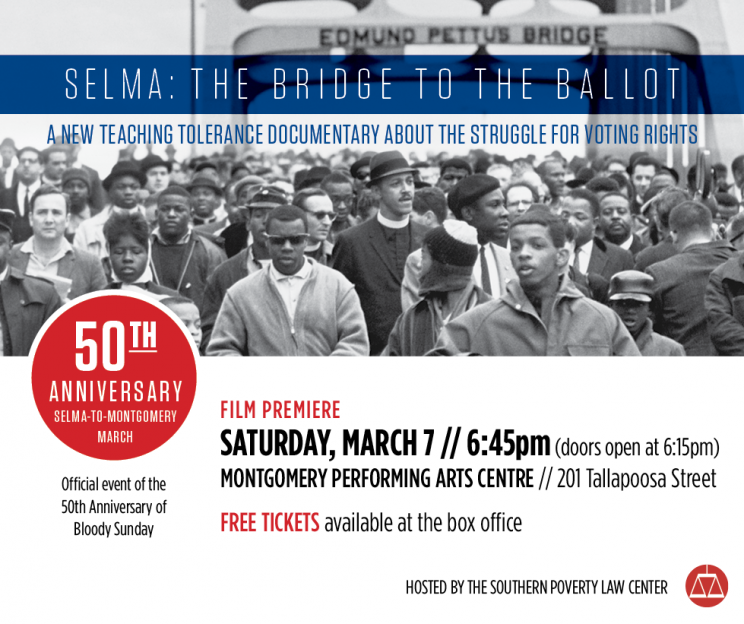