From the Teachers’ Lounge to Capitol Hill

From the Teachers’ Lounge to Capitol Hill 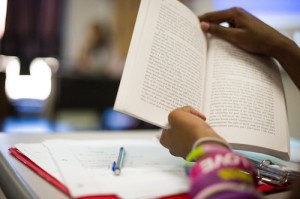 Like any large-scale education reform, the Common Core State Standards (CCSS) are bound to have both benefits and drawbacks—so using blanket statements like “best thing since sliced bread” or “the ruin of the nation” aren’t all that productive. Whether the Common Core will have net positive or net negative effects in classrooms across America is largely dependent on how the education community handles the foreseeable flaws, deals with the inevitable hiccups, and prevents the potentially destructive side effects.

Before digging into the complexities of Common Core, it’s important to understand what led to its creation. The idea of teaching to a set of standards or expectations is nothing new. Even before standards-based education took off in the 1990s, most teachers were given some sort of guidelines for what they should teach. Whether it was a list of standards from the district, a binder of worksheets inherited from the teacher next door, or the table of contents in the textbook, most teachers has some guidelines. Not surprisingly, that led to enormous inconsistencies in what was taught from classroom to classroom. And because education is in the hands of individual states rather than the national government, the quality and comprehensiveness of standards were largely dependent on the amount of time and money that states or districts could devote to creating them. Districts with better personnel and better funding created better standards. So a logical next step was to standardize what was taught in every classroom across America—which brings us to the Common Core State Standards. (For a more thorough history, I recommend Diane Ravitch’s National Standards in American Education: A Citizen’s Guide.)

Although the idea of creating national standards may be noble, there are many issues surrounding the Common Core that deserve a thoughtful discussion before pushing this policy any further. Here are just a few.