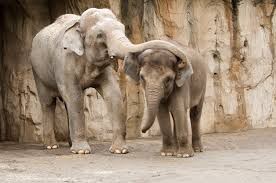 The Fund for Animals and The Humane Society of the United States issued the following statement in response to the settlement announced between Feld Entertainment (the owner of the Ringling Bros. circus) and 12 other parties.

The HSUS and The Fund for Animals fight tirelessly to prevent the abuse and mistreatment of animals, including elephants by circuses, and will be stepping up that work in the months ahead.  Although The HSUS was never a plaintiff in the case against Ringling, we believe it was prudent for the parties to settle, because this court would never address the core claims of elephant abuse, and there would be significant cost in continuing to litigate. We expect that a substantial portion, if not all, of the settlement costs to The HSUS and The Fund for Animals will be covered by insurance, and in the end, that no donor dollars from The HSUS will go to Feld. We are also urging Feld Entertainment to devote the settlement money to help protect threatened and endangered elephants and combat the plague of poaching that is decimating wild populations.

Michael Markarian, president of The Fund for Animals said: “The court never ruled on the central question of the abuse of circus elephants in this 14-year-old case, and the groups and their lawyers decided to settle the cases and avoid incurring additional costs.”

Wayne Pacelle, president and CEO of The Humane Society of the United States added: “In the end, no donor dollars from The HSUS will go to Feld. But with the funds Feld is receiving, we urge the company to combat the killing of tens of thousands of elephants for their ivory. An additional $15 million can save countless elephants, by putting more armed guards on the ground or by working to reduce demand in ivory-consuming countries.”