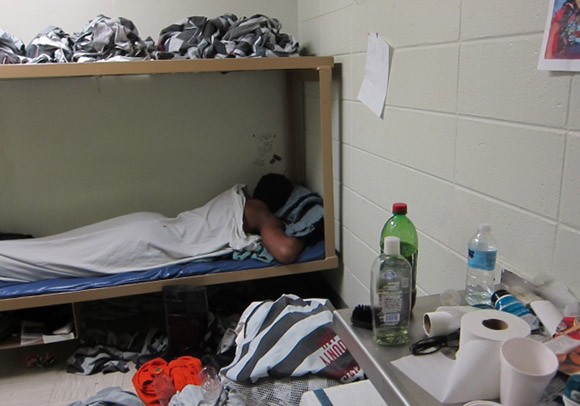 He had been sleeping on the floor of his overcrowded cell when four adult detainees attacked him. They beat his head against the floor and cut his throat with razors. It was a brutal attempt to intimidate the youth and prevent him from testifying in court.

As he felt consciousness slipping away, he pressed the cell’s intercom button repeatedly to summon a guard. It would take two hours for the guard to respond. During the wait, the teen had to fend off one of his attackers before he was finally taken to a hospital.

This vicious 2013 attack at the Jefferson County Jail in Birmingham, Ala., is one of the incidents described in a letter the SPLC sent to the Special Litigation Section of the Civil Rights Division of the U.S. Department of Justice today. Based on more than 50 interviews with 20 youths under the age of 18, the letter describes an overcrowded jail where violence, neglect and abuse are common – especially for children awaiting trial. The SPLC asked the DOJ to investigate these civil rights violations pursuant to its authority under the Civil Rights of Institutionalized Persons Act of 1980.

“Let’s be clear: these children have not been found guilty of any crime and even if they had, the abuse and neglect that they are forced to suffer is cruel and unusual,” said Ebony Howard, SPLC senior staff attorney. “These children are unquestionably more damaged than adults by the conditions they endure in this facility; further, any chance they have to be rehabilitated is taken from them.”