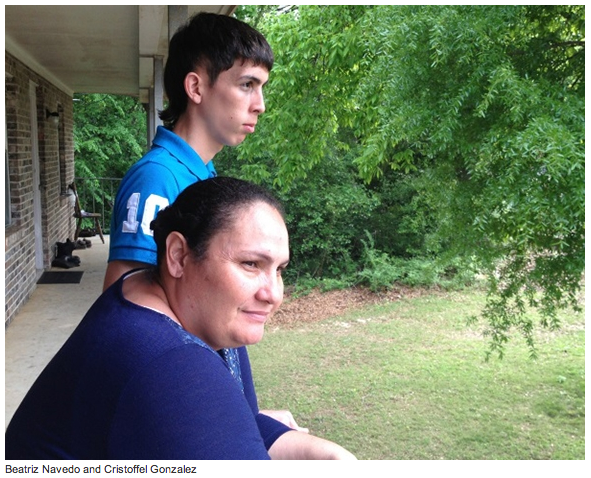 Beatriz Navedo began to feel dizzy as she worked a processing line at the Wayne Farms poultry plant.

As the line zipped by, her chest also began to hurt. It was a heart attack.

But Navedo wasn’t sure what was happening. She just knew she needed help. She went to the plant’s nurse, but the nurse wouldn’t call the hospital, instead offering aspirin. Navedo’s daughter, who also works at the plant, left her shift early to take her mother to the hospital. Both women were punished by having points added to their employee files. Workers who accrue too many of these points are automatically fired.

It was another example of the abuse workers endure at the plant. Navedo had previously been threatened with firing for reporting on-the-job injuries. “We were promised a dream, but what we really got was a nightmare,” said Navedo, who no longer works at the plant. “I felt like a slave.”

The SPLC filed a complaint with the Occupational Health and Safety Administration (OSHA) today charging that workers at the Enterprise, Ala., plant have been forced to either endure unsafe and abusive conditions or lose their jobs.

The complaint, filed on behalf of nine current or former employees, describes how workers are subjected to dangerously fast work speeds that cause disabling injuries, prevented from getting medical treatment and even fired for reporting injuries or taking time off to see a doctor. It also outlines how workers are required to pay the company for some of their protective equipment. They are even denied reasonable access to the bathroom, according to the complaint.

“When workers get hurt in poultry plants, many employers try to just throw them away,” said Tom Fritzsche, SPLC staff attorney. “Companies assume workers won’t stand up for themselves. We are proud to represent a group of brave workers who want to keep these dangerous conditions from harming even more people.”

Cristoffel Gonzalez was recruited by Employer Solutions Staffing Group (formerly East Coast Labor Solutions) while living in Puerto Rico. After arriving for work, he knew that he had been deceived by the recruiter and Wayne Farms.

“During orientation we were given a tour of the plant,” he said. “Some of the workers left after the tour and said that this would be a nightmare. I had no place else to go. So, I had to stay and work at the plant.”

Gonzalez also had a family to support. After working at the plant for about eight months, he developed health problems, including pain in his hands and fingers due to the relentless processing line speeds. 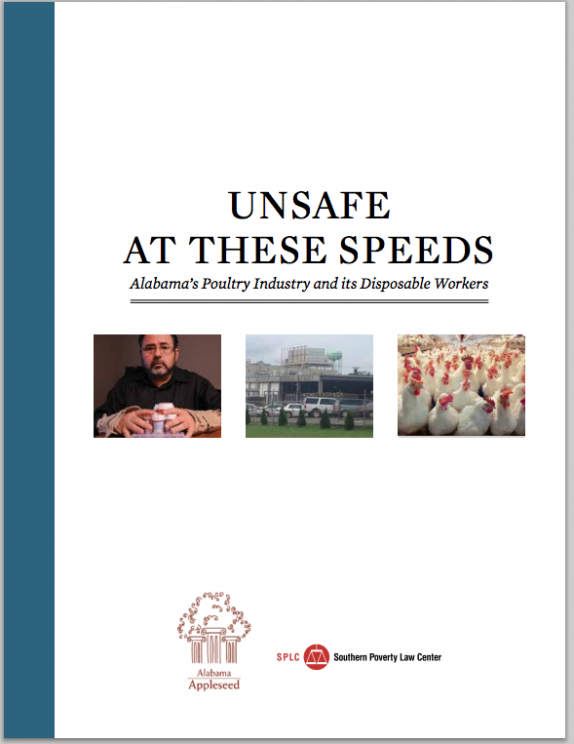 “I have pain all the time and I can’t do things I used to do,” said Gonzalez, who no longer works at the plant. “All I want is justice in the plants. The workers should be treated as employees – not slaves.”

OSHA is charged with ensuring that employers protect worker safety and health across the country. The government agency, which is badly underfunded, is often the only agency that can ensure employers fulfill their duties.

Alabama is the nation’s third-largest producer of poultry, but it comes at a high price for workers. Last year, the SPLC issued Unsafe at These Speeds: Alabama’s Poultry Industry and its Disposable Workers, a report that describes how Alabama poultry workers often suffer significant injuries and illnesses as they are forced to keep up with the punishing speed of processing lines.