Post navigation In a shift, Teach for America is hiring more non-whites

Post navigation In a shift, Teach for America is hiring more non-whites 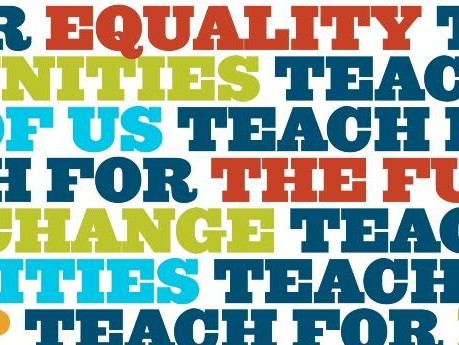 The growing diversity gap between teachers and students of color has been problematic for years, and school districts have struggled to find ways to attract a workforce that more closely resembles changing student demographics.

Now, one organization is tackling the issue head on: Half of this year’s Teach for America (TFA) recruits are people of color.

In Los Angeles, the ranks of TFA’s minority teachers are even greater. According to the organizations’s latest numbers, 70 percent of incoming teachers in the metro LA area, which includes LA Unified and other surrounding districts, identify as non-white; nearly half received federal Pell Grants, which are given to low income students; half are the first in their families to graduate from college, and 10 of the new teachers are recent immigrants who earned federal Deferred Action for Childhood Arrivals status, which means they are eligible for employment.

“I’ve seen the difference it can make when a student is able to see him or herself reflected in that teacher in the front of the classroom,” said Robert Whitman, principal at Manual Arts High School in Los Angeles Unified.

Whitman has hired a number of Teach For America corps members in the last three years, including 13 who are starting in the school year that began last week.

The shift to non-whites in teachers is a result of...