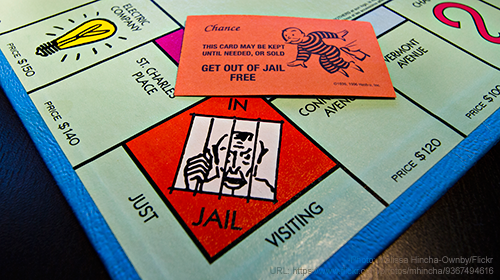 It used to be that when police violated a suspect's Fourth Amendment rights through an unconstitutional search, evidence derived from the search would be thrown out.

Increasingly, that's not the case.

Courts are carving out ever-larger safe harbors for police errors and misconduct, thereby eroding the boundaries of the Fourth Amendment prohibition on unreasonable search and seizure. Earlier this month, the 3rd Circuit Court of Appeals became the latest to give the government a free pass for Fourth Amendment violations—in this case, allowing use of evidence derived from a GPS tracking device that police attached to a suspect's van without a warrant.

Under the "exclusionary rule," when police engage in an illegal search, prosecutors can't use the results. This penalty incentivizes police to abide by the Constitution and provides relief to victims of government misconduct. Indeed, as the Supreme Court explained a century ago, without the exclusionary rule the Fourth Amendment would be "of no value" and "might as well be stricken from the Constitution."