"A Murder for Murder Cannot be Justice"

"A Murder for Murder Cannot be Justice" 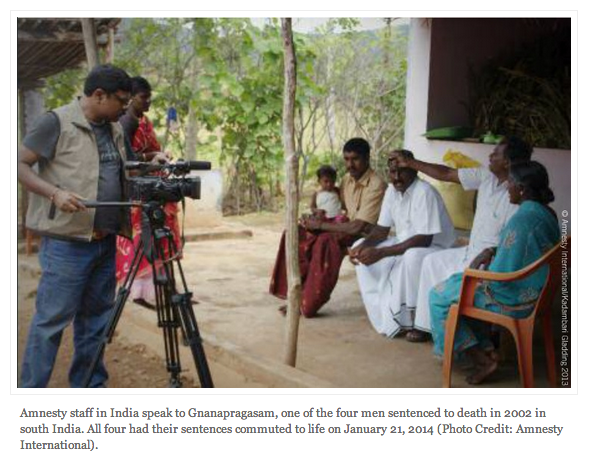 “A murder for murder cannot be justice,” Mani told me as we walked down the corridor of the school he went to with his friend Simon some four decades ago. Mani still lives in the same village, while Simon has been on death row for nearly 10 years. Mani is a quiet person, but some things – like the death penalty – move him to rare, long conversations.

Marthalli in Chamrajnagar district has had more than one ugly battle to fights against the death penalty. In 2002, four men from this district in the south Indian state of Karnataka were sentenced to death - Simon, Bilavendran, Madaiah and Gnanapragasam.

The men were convicted and sentenced to life in 2001 for their involvement in a landmine blast in 1993. It killed 22 people, including police personnel on their way to arrest the notorious sandalwood smuggler, Veerappan.

Unusually, their life sentences were raised to death sentences by the Supreme Court in 2004. The four have spent 20 years in jail, nearly 10 of those on death row. For the past few years, Mani has been campaigning alongside local churches to urge the Indian government not to execute Simon and the three others.