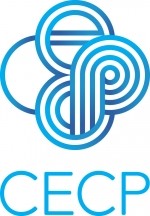 NEW YORK, October 21, 2014 /3BL Media/— From 2010 to 2013, giving increased for 64% of companies, and it grew by more than 10% for 52% of companies. Companies that increased giving since 2010 improved business performance; companies that increased giving by more than 10% since 2010 also increased median revenues by 11% from 2010 to 2013, and pre-tax profits increased for 59% of those companies. CECP, in association with The Conference Board, released Giving in Numbers: 2014 Edition report, an in-depth analysis of corporate giving trends based on Giving in Numbers Survey data from a record 261 of the world’s largest companies.

The median number of nonprofit partners per corporate grantmaker declined each year from 2010 to 2013, whereas grant sizes increased each year as companies focused societal investment dollars on strategic community partners. Non-cash giving increased in recent years, particularly for Service companies, driven by an expansion of pro bono service programs; half of the companies surveyed offered domestic pro bono programs in 2013 compared to 34% in 2010, with every industry represented in the study of pro bono service for the first time in 2013.

·         Investing in Communities is Good for Business

While giving grew for a majority of companies in the Giving in Numbers Survey and the largest giving “increasers” also saw the highest increases in revenues and pre-tax profits, the rate of growth of giving is slowing. The year 2013 saw the smallest marginal increases in giving (+6%, compared to +17% in 2012) among companies giving 10% or more since the end of the Great Recession and the largest marginal decreases in giving (-6%, compared to -1% in 2012) among all other companies.