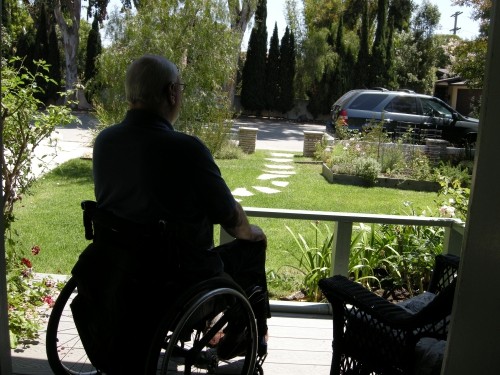 A couple of weeks back, I talked about the increasingly popular notion in medicine that a purposeful life can seriously impact your health, in a good way. The piece was a little heavy on research and theory and a little light on personal experience. Why I care about this stuff grows out of what happened in my own life. Something I learned from Victor Frankl, the eminent Austrian neurologist and psychiatrist and author of his famous 1946 book on this subject, “Man’s Search for Meaning”: surviving the death camps of the Holocaust was the key to both his thinking and his life.

I had never heard of this idea that a well-defined purpose could actually affect my state of health until a good fifteen years after becoming paralyzed. By that point I had survived all of the depression and despair that most people encounter on contracting a major disability. I’ve already described that in a memoir called “The Best Seat in the House.” But what I didn’t describe, as I look back, was my own big-picture outlook the day I became paralyzed. I always thought that how I reacted to this on a practical level was the whole story, or most of it. What I downplayed was, once recovered, why I was doing what I was doing as a career and in general, in leading my life. (I got this how/why stuff from Frankl, too.)