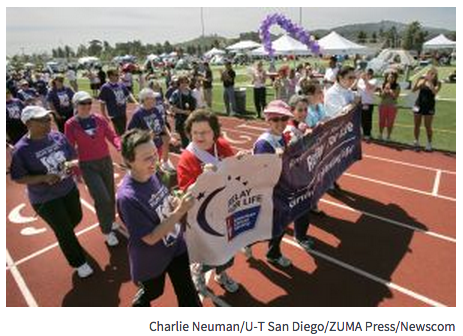 As reported by The Chronicle of Philanthropy, "Several major charity walks and runs extended a yearslong revenue slump in 2014 as newer, sometimes offbeat fundraising events grew in popularity, according to a report released today." David Hessekiel, president of the Peer-to-Peer Professional Forum, which produced the report, and Jeff Shuck, CEO of Plenty, a consulting firm for nonprofits, caution that:

"Slipping revenue among big, legacy charity walks is not a sign that the format has lost power as a way to raise money and awareness. Last year’s two highest-grossing event series, Relay for Life and the American Heart Association’s Heart Walk, brought in more than half-a-billion dollars combined.

"The story line is not that the walk is dead," said Mr. Shuck. But he added that in an era of exotic events like the Tough Mudder series, a simple walk around the track is no longer the draw that it was 30 years ago.

Rather than "gussy up" their events to make them more appealing, organizers should focus on the meat-and-potatoes work of activating the constituency of volunteers and others who care about their cause, Mr. Shuck said."