Invest in medical research for our future prosperity

Invest in medical research for our future prosperity 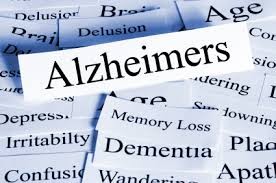 Alzheimer’s disease is a growing public health and societal crisis. The disease ravages the mind and often leaves loved ones unable to recognize family members or care for themselves.

Today, 5 million Americans live with Alzheimer’s disease, and its emotional and economic costs are expected to escalate sharply as aging baby boomers reach their golden years. By 2050, an estimated 16 million people in the United States will be living with Alzheimer’s, and the annual cost of their care will soar to more than $1 trillion.

Alzheimer’s disease has touched many of us in one way or another. More than 100,000 Missouri seniors and their loved ones battle the disease every day, with many requiring round-the-clock care that is challenging for even the most devoted families. And even with the best medical care, the disease claims the lives of about 2,000 Missourians every year.

That is why researchers at Washington University School of Medicine are on the front lines fighting Alzheimer’s disease. Though no treatments exist to reverse — or even curb — the mental decline, believed to be caused by the accumulation of plaques in the brain, groundbreaking research at Washington U. and elsewhere now makes it possible for scientists to identify Alzheimer’s disease before memory loss and cognitive decline become apparent.

Their discoveries mean hope for millions. The severe mental degeneration associated with Alzheimer’s disease may not be inevitable. In fact, it may be preventable.

Our researchers are leading some of the world’s first clinical trials to study whether drugs can prevent Alzheimer’s disease. And dedicated scientists here are experimenting with new therapies that may someday stop the disease in its tracks, saving millions of lives and helping countless more.