Ice Bucket Challenge: Can Other Nonprofits Reproduce It?

Ice Bucket Challenge: Can Other Nonprofits Reproduce It? 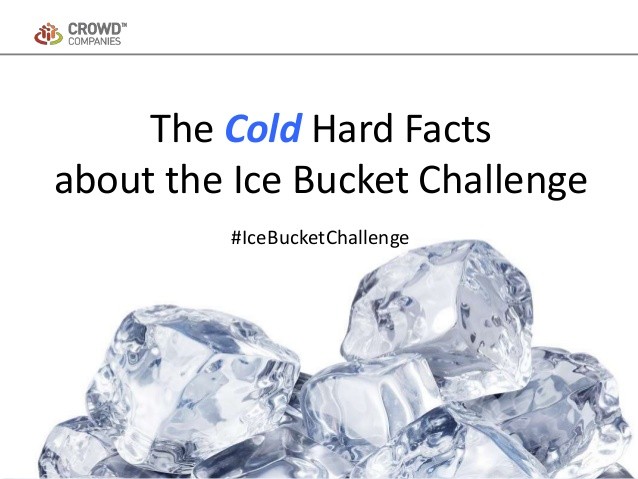 Is success of the Ice Bucket Challenge a happy accident for ALS  and the people who suffer from the disease or is the first example of the power of crowd charity?    Can other nonprofits reproduce it?   My answer: yes and no.

The Ice Bucket  Challenge has raised over $88.5 Million Dollars to fight the horrible disease, according to the ALS Association web site.    Just one week ago, donations totaled $22.6 million.  In just seven days, donations have skyrocketed by an average of $9 million per day, now totaling $88.5 million.    And critics, with a scarcity mindset, talk about slacktivism (“Not everyone who did the challenge donated or even mentioned ALS”) and fundraising cannibalism (“People won’t donate to other charities because they will be tapped out”).  Nonprofit insiders are watching and debating how ALS will use the money and the donor retention strategy.    And, of course the valid concern of wasting water in a drought.

One has to step back and marvel at  the most successful networked fundraising campaigns in the history of social or crowd fundraising.  The numbers speak for themselves.

When  Allison Fine and I wrote the Networked Nonprofit we were talking about how nonprofits needed to work less like isolated institutions and more like networks, considering the “crowds,”  people inside and outside their organizations and other similar nonprofits as valuable to their work.     We are in the collaborative economy or sharing economy – and we now have “crowd companies.”   Why not “crowd nonprofits” that share program delivery, administration, and fundraising. The question on my mind is:  Is the success of the Ice Bucket Challenge a happy accident for ALS fundraising and the people who suffer from the disease or is the first example of the power of crowd charity?

Let’s look at the possible factors that caused philanthropy to run wild and capture the attention of so many people, inspire them to participate, and donate to stop the disease.  What can or cannot be reproduced?