How to Kill a Workplace Giving Campaign

How to Kill a Workplace Giving Campaign 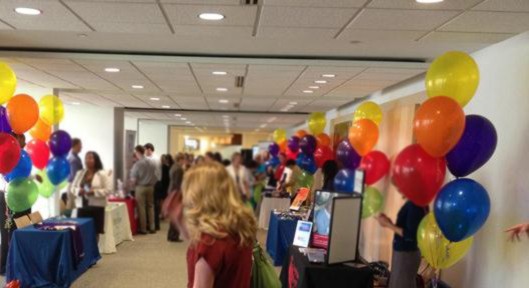 The Tallahassee Democrat recently reported that lawmakers have decided to shut down the Florida State Employees’ Charitable Campaign (FSECC) for good.

In its heyday, this 38-year-old state campaign generated nearly $5 million a year for nonprofits across the state. Unfortunately, for many reasons which I’ve outlined below, donations and participation have declined drastically with a historic low of $282,000 raised in 2016, with more than half of those proceeds which were set to go to Solix - the campaigns’ fiscal agent – before the campaign was shut down.

While a few lawmakers attempted to file legislation to fix the program, Chad Poppell (then Secretary of the Department of Management Services) said, “a “middleman” wasn’t needed between state workers and charity anymore.” He noted, during a meeting before lawmakers, that “employees can give directly through the internet or cell phones.” And Ted Granger, president of the United Way of Florida, suggested “I think given where the campaign is now and has been for the last couple of years, probably the best thing to do is just to kill it.”

The truth is the FSECC didn’t have to die.

With just a few best practices, the charitable campaign could have easily thrived and continued to pour millions of much-needed dollars into charities supporting the local community.

How to prevent your charity campaign from crashing & why workplace giving campaigns remain vital:

(1) Who You Select as Your Campaign’s Fiscal Agent and Manager Matters:

More than half – some 63% – of the funds raised through the FSECC in 2016 were set to go to Solix, the fiscal agent contracted with the FSECC. That is an astronomically high percentage for any fiscal agent. Certainly, it takes money to raise money, and that’s true of every fundraising campaign in the workplace or out. However, this high percentage is outrageous and frankly irresponsible. There should have been a sincere effort to increase contributions while reducing administrative costs well in advance of, as well as during, the campaign.

When done correctly with the right partner, workplace giving is one the most efficient ways for nonprofits to raise money. From helping nonprofits gain access to public and private sector workplace giving campaigns, to managing both private and public sector state to county-level campaigns for employers across the country, we at America’s Charities know this from almost forty years of first-hand experience. We know that fiscal agent fees for public sector campaigns like the FSECC should be a fraction of the funds raised. While these dollars cover vital services that every campaign needs – charity vetting, pledge processing, paper pledge procedure and tracking, donor support, and more – those fees also eat into the total dollars nonprofits bring home. For most nonprofits, a small fixed percentage is a no-brainer. These campaigns pay for themselves because the nonprofit itself doesn’t have to foot the bill for hundreds of fundraising initiatives but instead benefit from one, coordinated campaign across thousands of donors. In this situation, however, the fee was exorbitant, and local charities were robbed of crucial donations. There is also no doubt this campaign could have been more efficient, as well as effective.

With Florida’s decision to put an end to the FSECC, Solix won’t be getting paid for their 2016 work. Unfortunately, that also means that none of the charities participating in the FSECC will see any money from the campaign either. Pledges from workplace giving campaigns are a significant source of money for charities, providing sustainable, unrestricted funds that charities rely on to operate. Shutting down the FSECC will no doubt hurt the charities providing critical services in Florida and throughout the country, who State employees have supported since 1980 when the campaign first started.

Unfortunately, as well-intentioned as the FSECC was, employee engagement was not its strong suit and accusations of over-aggressive fundraising ultimately contributed to the FSECC’s decline. Employees should not be ‘strong-armed’ into participating. Partnering with an organization like America’s Charities which understands the charitable sector AND workplace giving is vital for an effective charitable giving program that inspires employee giving.

(3) Workplace Giving Campaigns Should Evolve with Technology; Not be Replaced by it:

It’s imperative or very important to employees’ donation experience to be able to give easily and make informed choices about their giving – both of which are aided by platforms that are easy-to-understand and navigate like those America’s Charities offers in our range of solutions.

Mobile giving and social media are fantastic examples of how technology has helped advance fundraising and elevated the donor’s connection to charities in the community. Many donors don’t just want to give money to a charity – they want to engage more fully, whether that’s learning more about a charity’s programs, or directly volunteering, or social sharing, or any other number of other ways. The fact is technology is paramount to this engagement. That’s exactly why campaigns should embrace technology and enhance their workplace giving platforms with features like mobile giving and social media that improve the employee donor’s overall giving experience.

Even more important are the donation methods made available to donors through workplace giving and the efficiency with which those funds are distributed to charities. Whereas donors can easily donate directly to a charity through its website via credit card and in some cases PayPal (both which, it should be noted, costs the nonprofit money to facilitate), workplace giving platforms like America’s Charities solutions offers those AND additional payment method options. Giving employees the opportunity to donate through payroll deduction eliminates additional credit card fees plus enables them to make a larger impact overall without hurting their bottom-line. With payroll giving, employees’ donations are automatically deducted from their paychecks in small increments throughout the year. As a result, donors give on average five times more through workplace giving than the one-time donations donors make directly to charities through the internet. And charities, many of them helping our most vulnerable populations, end up receiving that much more funding and support.

Unfortunately, employees who participated in the FSECC will no longer have the option to donate via payroll deduction. Florida’s bill to end the FSECC will do more than end the state charitable giving campaign; it will effectively prohibit state employees and charities from interacting and fundraising in the workplace. While employees can still go to their favorite charities’ websites, they are likely to give significantly less (if they even give at all) since payroll deduction is no longer an option.

Kelly Otte, executive director of the PACE Center for Girls, shared with the Tallahassee Democrat that she’s happy to see Solix bow out. But she wants to see the FSECC go on. “Here in Leon County, human service nonprofits have all suffered because of the loss of FSECC dollars over the years,” Kelly Otte said. “What needs to happen is that we need to recognize the value of providing that [workplace] giving tool to our state employee neighbors.”

We couldn’t agree more with Kelly.

Workplace giving campaigns are an efficient way for nonprofits to raise money and are also a fun, meaningful way for employees to engage with charities and their peers through the giving process. Deciding to end a workplace giving campaign as established as the FSECC will negatively impact Florida’s community and the charities that support that community. Rather than end their once-successful campaign, they should look to qualified partners like America’s Charities for help. Other campaigns (whether private sector, Federal, or State-run) can learn from the FSECC’s experience and thrive if they take into consideration the best practices outlined above.

Jim Starr is President and CEO of America’s Charities. As an accomplished leader with more than 25 years of experience and a proven track record in the nonprofit and healthcare sectors, Jim has served in national and field executive leadership roles with multi-million dollar revenue and expense targets. He has led efforts to bring corporations and nonprofits together in meaning and impactful ways. He also brings a wealth of experience in strategic planning, business development, and partnerships. Read more and connect with Jim.