How Do we Scale Social Change?

How Do we Scale Social Change? 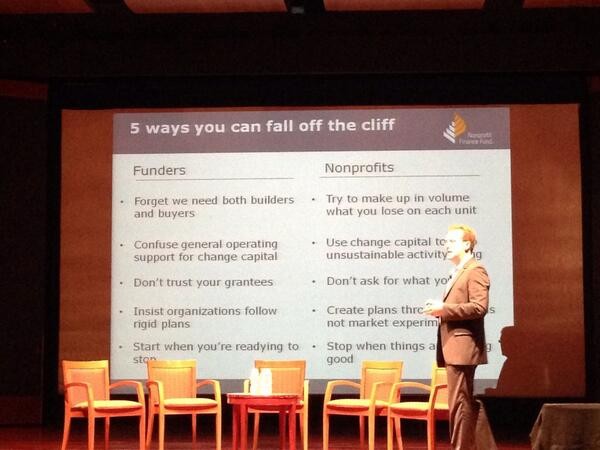 This week I attended the 5th annual Social Impact Exchange Conference in New York City. It was an interesting gathering of funders, change makers and intermediaries all grappling with how to reach and sustain scaled social solutions.

“Scale” is such a challenging concept, and as I mentioned earlier, there are many entities struggling with exactly what scale means. According to Heather McLeod Grant (author of Forces for Good) whose keynote address kicked off the conference, “scale” is no longer about growing individual organizations or addressing individual issues, but rather about building movements and networks.

The idea of a networked approach to social change is not a new one (see the great Stanford Social Innovation Review article from 2008 by Jane Wei-Skillern and Sonia Marciano on this approach), but Heather underlined the importance of a more integrated and aligned approach to creating social change. I would have liked to see this idea taken further, perhaps with some of the Transformative Scale discussion that is happening elsewhere, included in this discussion.

There were some real highlights of the conference for me. First was the luncheon panel on the Black Male Achievement Movement and President Obama’s My Brother’s Keeper initiative. Tonya Allen of The Skillman Foundation was a hard hitting moderator of Shawn Dove, from the Campaign for Black Male Achievement, William Snipes from Pipeline Crisis/Winning Strategies, and Andrew Wolk from Root Cause.

The group had a fascinating conversation about the movement to address “a whole generation of young men being pushed to the side.” As Snipes so eloquently put it, “This is a problem about who we are as a society, whether or not we are going to survive. The road we are on is not sustainable. We cannot continue to incarcerate one third of a community. This is an impractical way to run a society.”

The panel described and debated the complexity of addressing a huge systemic problem and how they have launched a movement to do just that. It was a candid and thought-provoking exchange.