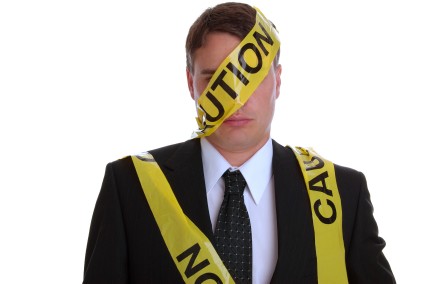 A new study by CR magazine highlights the bottom line burdens of a company’s bad reputation. In a survey titled The Cost of a Bad Reputation, CR revealed how difficult employee recruitment is for companies with negative reputations.

How difficult? According to the report:

**Candidates are reluctant to join organizations that have a bad reputation, and among those willing to join, a significant pay increase is needed as enticement.

**Companies with bad reputations face increased recruiting costs due to the greater difficulty to source, offer and on-board new hires.

**While recruiting expense increases are in the millions of dollars, this great expense is dwarfed by the billions of salary cost differential. The cost of recruiting and salaries added to any expense associated with a reputation damaged by environmental scandal, for example, can be disastrous to a company’s bottom line.

**Nearly three-quarters (72%) of people surveyed feel that it’s important to work for a company led by a CEO who prioritizes CR and/or environmental issues.

**Interestingly, women place an even higher priority on this than men, 75% vs. 69%, respectively.

**A CEO perceived to be active in CR and environmental issues has an impact on recruiting. This reputation should be maximized when building the employer brand or against competitors whose reputations may be weaker.

A strong CSR program isn’t a magic bullet that can right all corporate wrongs. But we already know that robust employee volunteer programs pay big dividends with employee recruitment, engagement and retention, not to mention community impact. So it makes sense that a company with a damaged reputation should pay particular attention to how it’s communicating its philanthropic goals to employees and authentically, fully engaging them in that mission.