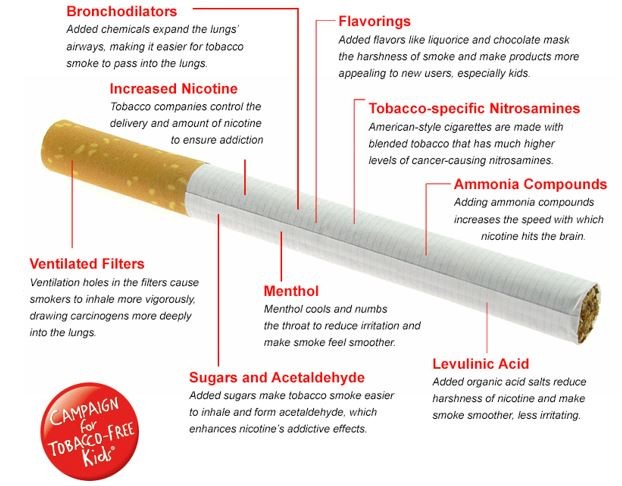 Fifty years ago, the U.S. surgeon general tied tobacco to lung cancer for the first time. Since then, additional scientific research has linked smoking with a host of other health issues, and efforts to publicize those harmful side effects helped spur a historic decline in the number of Americans who regularly smoke. Nonetheless, more than 42 million adults remain addicted to cigarettes, and the head of the Centers for Disease Control and Prevention (CDC) says that tobacco is still the greatest public health challenge of our time.

Why is tobacco still at the top of the CDC’s list? Why haven’t we moved past this yet? Largely because cigarette manufacturers have worked hard to keep their products relevant even in the midst of aggressive public health campaigns to crack down on smoking, according to a new report released on Monday by the Campaign for Tobacco-Free Kids.

The cigarettes sold today are quite different from the cigarettes that were on the market five decades ago, according to the new report, and that’s because tobacco companies have done extensive research to figure out how to make smoking appealing for new customers. They’ve essentially made it easier to get hooked on their products by increasing the levels of nicotine — the addictive chemical in cigarettes — and using new additives to help enhance nicotine’s impact. They’ve also added flavoring, sugars, and menthol to mask the effect of inhaling smoke, ultimately hoping that will make it more pleasurable to use cigarettes: