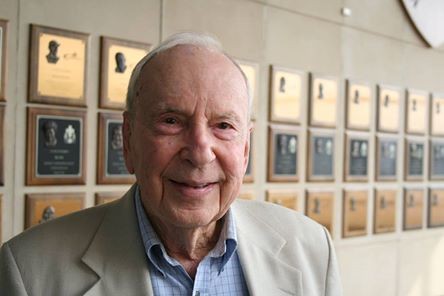 It started with some old magazine clippings crammed in a dresser drawer and an invitation to speak about his job. Humble beginnings, for sure. 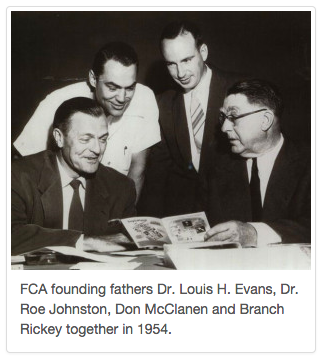 Of course, Don McClanen was just trying to honor another Son of a carpenter who came from humble beginnings. By doing so, McClanen’s vision turned into a movement that has lasted 60 years and become known as “the heart and soul in sports.”

That vision became reality when the Fellowship of Christian Athletes was founded in 1954, but not before seven years filled with prayer and petition by McClanen, who had first entertained the idea of launching an organization after joining a panel discussing “Making My Vocation Christian.” A young basketball coach, McClanen wondered why athletes endorsed products, but not a Christian lifestyle.

At the same time, McClanen—whose dad was a carpenter before the Great Depression—was clipping articles from magazines about well-known Christian athletes, a practice he continued for several years. One of those articles was about Dr. Louis H. Evans, a former basketball player at Occidental College who had been featured in a LIFE magazine article listing America’s Top 10 clergymen.

During a chance meeting with Evans, McClanen shared his vision. “If athletes can endorse shaving cream, razor blades and cigarettes,” he told him, “surely they can endorse the Lord.” Evans encouraged him to write letters to the men featured in those old clippings.

>> Donate to Fellowship of Christian Athletes