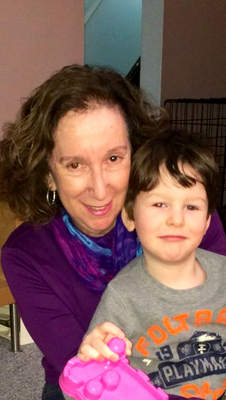 Derrick Brown is a 4-year-old boy from Vernon Hills who always wears a smile despite living with a disease that can randomly create life-threatening tumors.

Because of Derrick’s ongoing courage, his grandmother Geri Greenberg traveled from her Northbrook home to Capital Hill this month and lobbied Congress for continued financial support for research into tuberous sclerosis.

According to the Tuberous Sclerosis Alliance, an advocacy group for which Greenberg volunteers, the disorder causes non-malignant tumors to form in various organs, but primarily in the brain, eyes, kidney, skin and lungs.

The organization says seizures, developmental delays, intellectual disabilities and autism are among the leading challenges.

While still a fetus, the doctors discovered a tumor in Derrick’s heart and a cardiac team was standing by when he was born in 2009. A transplant was not needed, but Greenberg said her grandson was still kept in intensive care for his first month.