By Foundation for the National Institutes of Health (FNIH) on April 7, 2017 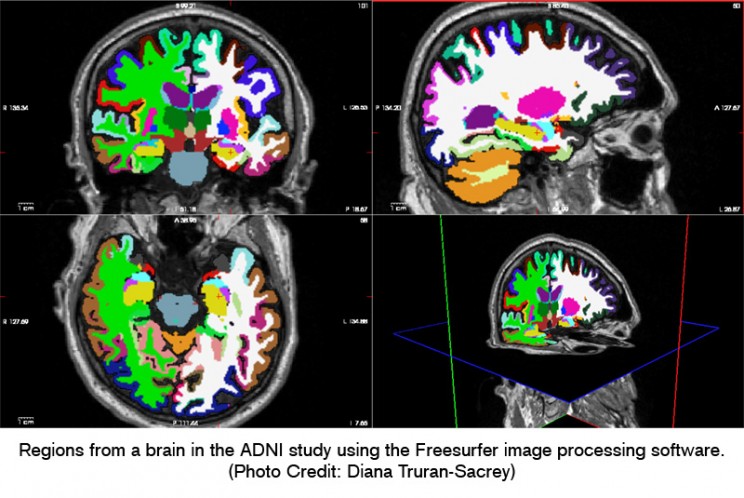 Twenty five years ago, Michael W. Weiner, M.D., decided to make it his life's mission to find a treatment for Alzheimer’s disease. “I had to choose one disease to focus on, because in science that’s the way you have the most impact and it was a very deliberate decision to go after Alzheimer’s. It was obviously a disease of great importance with a lot of people affected.”

More than five million Americans suffer from this progressive brain disorder. According to the Centers for Disease Control and Prevention, Alzheimer’s disease is the sixth leading cause of death in the United States. It is almost certain that all Americans will know someone who is affected by the disease, or is diagnosed themselves. It is a painful experience for everyone involved, emotionally and financially. The symptoms range from memory damage to hallucinations, which can translate into a loss of independence and even self-identity. “You may have a grandparent now who can’t manage their own finances, or who can’t shower on their own independently,” explains Dr. Weiner. “It is a big problem with huge costs to society.”

With the number of people suffering from Alzheimer’s disease expected to triple by 2050, Dr. Weiner’s research has never been more critical. He has served as the Principal Investigator of the Alzheimer’s Disease Neuroimaging Initiative (ADNI) since its launch 12 years ago, when the National Institute on Aging and the private sector, lending support through the Foundation for the National Institutes of Health (FNIH), funded the study. A first-of-its-kind partnership between the federal and the private sectors in Alzheimer’s disease, ADNI brings together scientists and leaders from academia, biomedical companies and not-for-profit organizations to uncover the biological markers (biomarkers) that track disease progression. The study, now in its third incarnation after consistently being renewed and expanded, uses imaging, biochemical and genetic data to identify changes taking place in the brains of 800 individuals with normal cognition and at different stages of disease. Most significantly, the data are made immediately available to any researcher at any organization. This means no one “owns” the study’s data, and researchers worldwide can use them to publish papers and lay the groundwork for further discoveries.

ADNI is revolutionizing the way scientists study and understand Alzheimer’s by helping to define its earliest stages before clinical symptoms appear and by sharing data with scientists as they are collected. The data have been downloaded for research purposes more than 14 million times and used to publish more than 1,200 scientific papers. “Someday when there are successful treatments for Alzheimer’s disease all of us are going to know that it was done, in part, because of ADNI data.”

You can help the FNIH advance critical research for diseases such as Alzheimer’s. Make a donation to support ADNI by clicking here or learn more about FNIH giving opportunities here.

As FNIH's workplace giving partner, America’s Charities can help your company design and implement a program centered on supporting their work - through workplace giving campaigns, employee fundraising, cause-focused signature programs, volunteerism, Dollars-for-Doers, In-Kind Giving and other employee engagement and philanthropic initiatives. Click here to request a demo and learn how we can help you do this.