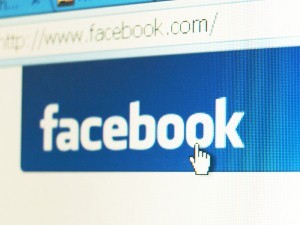 Bruno needs a new home, and to look at him, you might think he’ll have no problem finding one. The energetic 2-year-old pit bull is friendly, gets along well with other dogs, and has a soulful set of deep-brown eyes that complement his brindle fur and regal profile. But despite his many agreeable traits, the young shelter dog may forever remain an orphan, in part because the animal rescue organization trying to match Bruno up with the right owner relies on Facebook for community outreach. And these days, that hasn’t been going so well.

“We just haven’t had many applications for him,” said Erin Jenkins, a volunteer in Boston for Karuna Bully Rescue.

It’s not for lack of trying. The Facebook page for Karuna Bully Rescue has more than 4,700 fans, people who have “liked” the page presumably because they’re interested in updates about dogs in need. But nowadays, very few of those fans ever see Karuna Bully’s Facebook posts. The tiny animal-rescue group is a victim of Facebook’s news feed and its notoriously diminishing returns, and in that sense, it’s in the same boat as major news organizations and multinational brands.

“It’s getting out of control,” Jenkins said. “No one can really use Facebook anymore.”

Recent changes to Facebook’s news feed algorithm have brought about a significant decline in “organic reach,” the number of people who see a post that hasn’t been boosted by paid advertising. Two years ago, organic reach for many posts was at about 16 percent, but over the last several months it’s been throttled to 2 percent or even less.