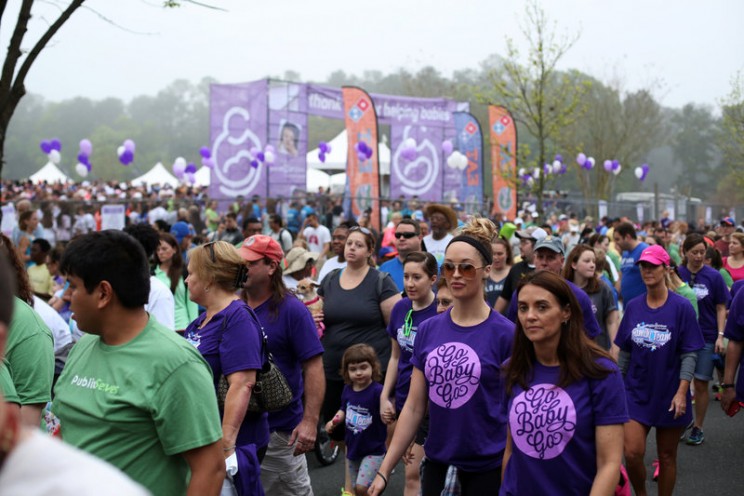 Springtime means outdoor charity events, and there are plenty to choose from.

You can walk, run, bike, swim or even roll around in the mud to raise money for a cause. But some of the bigger, more established events aren't doing as well as they used to, and charities are trying to adjust.

Last year, the 30 largest walkathons and similar events raised $41 million less overall than they did the year before, according to a recent study by the Peer to Peer Professional Forum, a group for professionals who organize fundraising events.

"These would be programs like the American Cancer Society's Relay for Life, which brought in $335 million, but they were down $45 million last year," says David Hessekiel, the forum's president. He also notes that the March of Dimes' March for Babies raised $3.5 million less than it did the year before and fell below $100 million in receipts for the first time in years.

Hessekiel says these events still raise large amounts of money, but they're facing competition from a growing number of fundraisers.

He says individual donors today are also looking for more control and flexibility than being required to show up on a particular Saturday morning for a walk.

"In the era we live in, everyone has the opportunity to do what they'd like to, on their own time pretty much," Hessekiel says, and link to it with the online tools that are available."