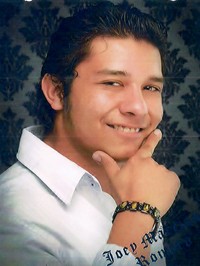 Joey Romero dreamed of following in his father’s footsteps – to serve his country in the military. He also dreamed of becoming a police officer. But his dreams turned into a tragic nightmare on October 29, 2010. While he was walking home from work, Joey was hit by a drug impaired driver just two blocks from his home in Peoria, Arizona. The driver fled from the scene and left Joey there as he suffered from a blow to the head, a broken back and internal bleeding. Two days later, with his father by his side, Joey died from massive head trauma.

Joey, who was 18 years old when he was killed, was the youngest of five children that his father, Jesse Romero, had raised on his own.
“He was my baby,” explains Jesse. “When it happened, I tried to hide my pain from my other kids.”

The drugged driver received a sentence of six years in prison and three years of probation. But Jesse was disappointed in the sentencing. “I thought she got off too easy,” he recalls.

Not knowing how to cope with the grief the Romero family was experiencing, Jesse reached out to MADD to find support for his daughters, and they joined a MADD grief support group. “We felt really comfortable at the MADD meetings. They listened to us and let us talk,” Jesse says. “It really helped – more than the other support groups we tried.”