Company's Staff Is 80% Employees With Autism, Provides Model For Other Businesses

Company's Staff Is 80% Employees With Autism, Provides Model For Other Businesses 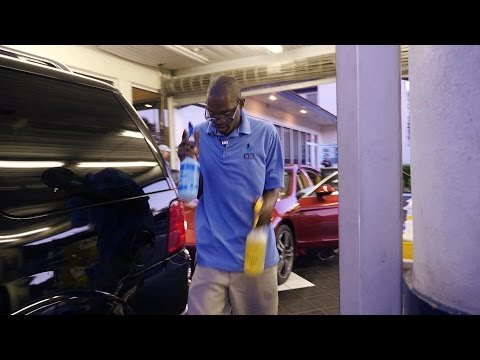 A father-son team launched a car wash to help an underemployed population make a splash on job scene.

John and Tom D’Eri recently spoke to Nation Swell about their plans to expand their Florida car wash, where 80 percent of the employees have autism.

The family originally founded the company, Rising Tide, in 2013 to provide employment for John’s other son, Andrew, who is autistic.

At the time, Andrew was about to turn 22, an age experts say is a pivotal year for many people with autism as they often face challenges attempting to enter the work force.

The unemployment and underemployment rate for people on the spectrum is around 90 percent. Resources and employment options for this group can be scarce, with many forced to live at home or in an institution, a point highlighted in an ABC News feature.