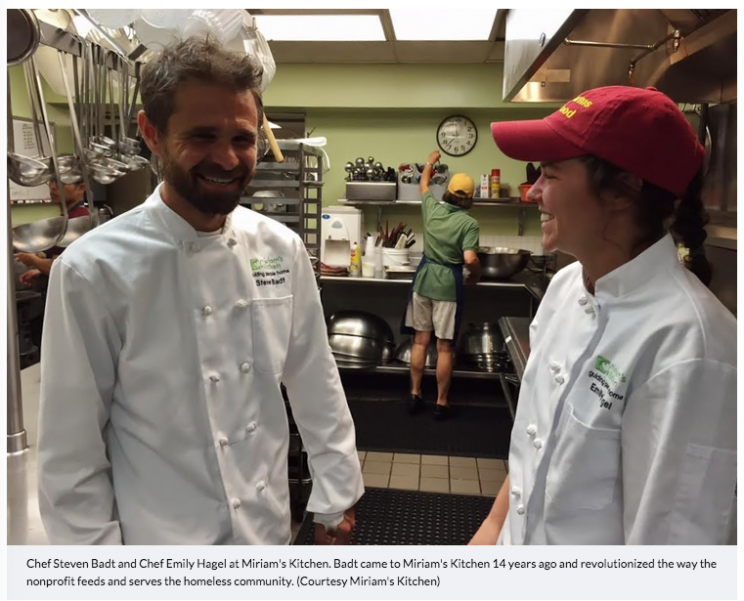 That smell was breakfast cooking at Miriam’s Kitchen, where Brown volunteered on Tuesdays as a dishwasher.

But in 2001, those smells stopped when Steven Badt stepped into the kitchen.

Badt, a chef who worked in restaurants in New York, Boston and D.C., didn’t see the need to treat the nonprofit’s food program any differently than a program in one of his restaurants.

So he replaced cans of mushy vegetables with fresh salads made from local greens, beans and nuts. Salty hot dogs were swapped for made-from-scratch waffles, omelets and home fries.

“Steve said, ‘I would never give anyone homeless something that I wouldn’t eat or you wouldn’t eat at home,’” Brown recalls.