Championing One Child at a Time

Championing One Child at a Time 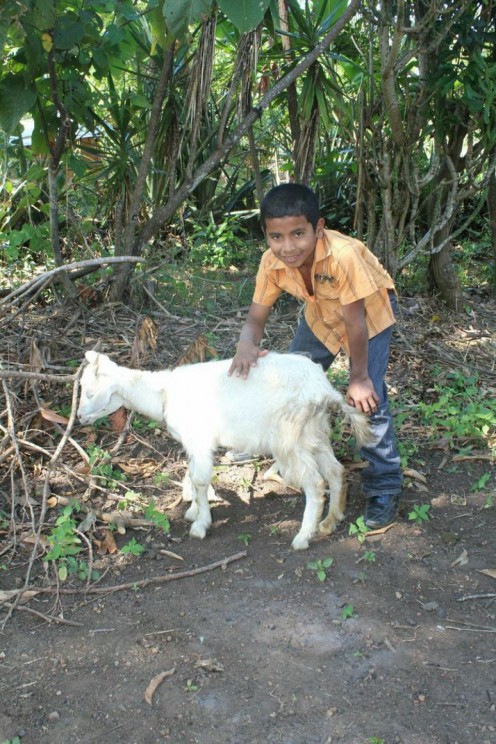 At Feed the Children, we feed 350,000 kids every school day internationally. And on paper, it’s a large number. But in the midst of all the numbers we never want to forget the one child.’

In our logo, the “i” in the word “children” is lower case while the rest of the word is uppercase. It’s a great reminder for us all of us that we’re championing one child at a time.

Today, we want to tell you about one child named Gerardo from El Salvador.

Ten year old Gerardo lives with his aunt because his mother migrated to Guatemala to look for a job opportunity.

Gerardo lives in a small house located in the middle of a large plot of land. His house is made of cinder block the roof of zinc and the floors of bricks and tin doors.

Inside of Gerardo’s house, there’s a small living room, two bedrooms (one for Gerardo and one for his aunt, they sleep on a small and old mattress). They cook their meals over a firewood oven made of adobe. Their curtains over the windows are made of plastic bags.

Gerardo has electricity in his home but has to go outside to find a toilet.

Gerardo’s family income is around $80.00 US per month. This income mostly comes from his aunt’s work of selling eggs and tilapia to her neighbors.

Gerardo says, “Sometimes there is nothing to eat at home.”

But his story changes when he comes to school. At school, he receives a hot meal every day at the Feed the Children feeding center.