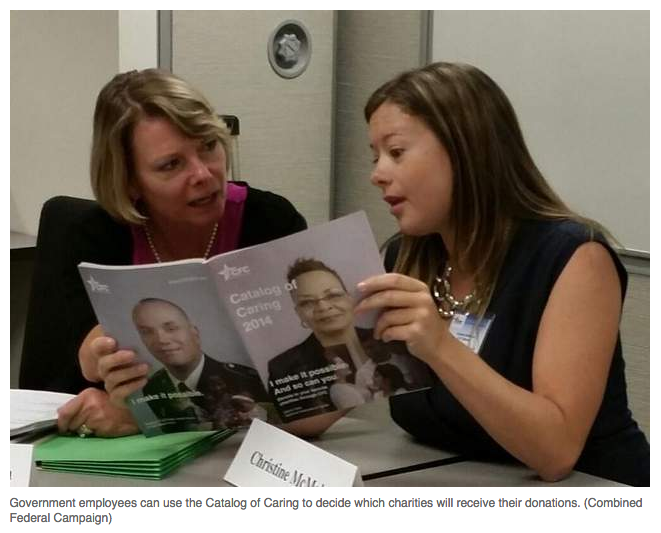 As the 2014 Combined Federal Campaign kicks into high gear, federal employees and campaigns across the country believe they will bounce back from the record-low donations of 2013.

Last year a prolonged government shutdown and extensive furloughs cut donations to the lowest levels in more than 15 years — falling from $258.3 million in 2012 to less than $210 million in 2013. But while campaigns are optimistic they will beat last year’s goals, contributions might not reach earlier years.

Lou Nistler, the executive director of the National Capital Area CFC, said last year was a unique situation and giving fell because federal workers were concerned about the personal impact the shutdown and budget cuts might have.

“I’m convinced that the 2014 campaign will meet, and likely surpass, what we raised last year,” Nistler said. “We can count on them to again support their favorite causes through the CFC.”

Donations within the National Capital Area CFC fell from $61 million in 2012 to $51 million in 2013. This year’s campaign goal is set at $52 million, but Nistler thinks the campaign will exceed that.

“I am not worried that the donations will drop even further this year,” Fish said. “Our federal employees know the impact of the CFC on the local community and I feel in my heart, they will rise to the challenge this year.”