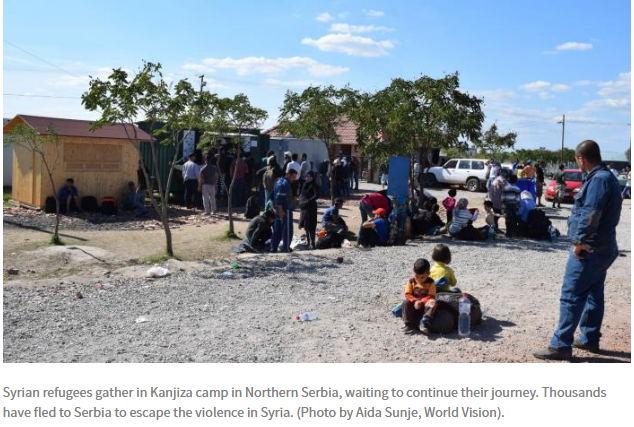 Refugees around the world are moving in record numbers. In fact, the unprecedented movement of people around the world has created the highest number of displaced persons since World War II. According to the United Nations Refugee Agency (UNHCR), a record 34,000 people a day – or roughly 24 people a minute – are displaced from their homes by conflict and violence. Children make up 51 percent of the world’s refugees.

While the politics and policy surrounding refugees continues to be disputed between governments, companies and their employees can play a significant role in supporting the individuals and families impacted by the refugee crisis.

What is a refugee?

The United Nations defines a ‘refugee’ as a person, who owing to a well-founded fear of being persecuted for reasons of race, religion, nationality, membership of a particular social group or political opinion is outside the country of his nationality and because of those circumstances is unable or unwilling to return to it.

How Can Businesses and Their Employees Get Involved?

In short, provide funding. While the UNHCR  always operates with the assumption that they will never receive 100 percent funding when they issue an emergency appeal, the global refugee crisis has been funded to just 40 percent. That leaves a 60 percent gap in funding, where employee donors and their companies can play a critical role.

How to Get Started

Between our Simple Giving Solution, America’s Charities powered by Causecast solution, and funds management services, employers of all sizes can easily engage employees around this cause.

Here’s an example campaign we could set up for you: 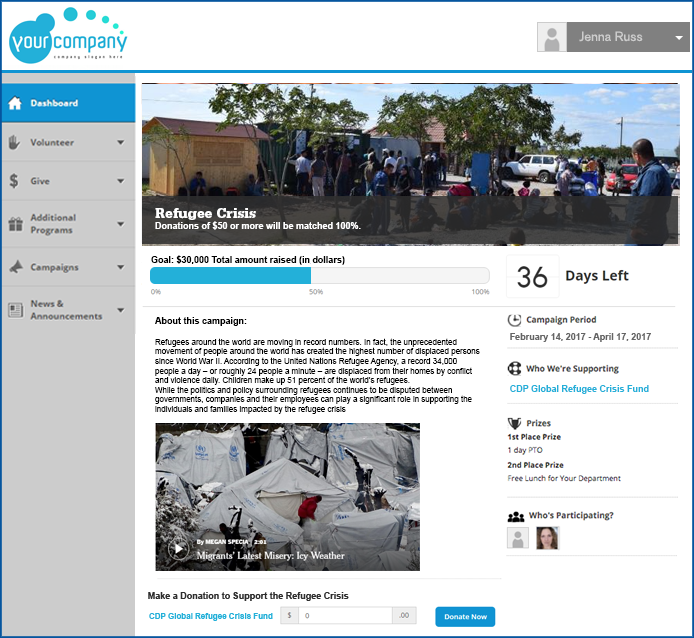 Step 2: Determine which nonprofit(s) to support

Your campaign can support one or multiple nonprofit organizations. We suggest supporting the Center for Disaster Philanthropy’s “CDP Global Refugee Crisis Fund.” America’s Charities can also work with CDP to suggest additional organizations for your team to support. While recognizing the urgency of fund distribution, CDP’s grant making strategy implements a comprehensive due diligence process guided by the programmatic expertise of CDP’s board, staff, and advisory council, who have rich backgrounds in this crisis.

CDP’s staff first conducts extensive research to determine mid- and long-term needs, including discussions with other donors, service providers in the field and their standing advisory council composed of disaster experts. A special grant advisory committee of field and subject matter experts is appointed to review the needs assessment and narrow the focus for the funds. The recommendation on how to allocate funds from the grant committee is ultimately reviewed and approved by CDP’s board of directors. You can see an example of how this process is already being put to work through grants CDP awarded to support women and children within Syria.

5 Things Funders Can Do to Address the Global Refugee Crisis

How Innovative Funders Are Tackling the Global Refugee Crisis