Donating: How Much is Enough to Make a Difference?

Donating: How Much is Enough to Make a Difference? 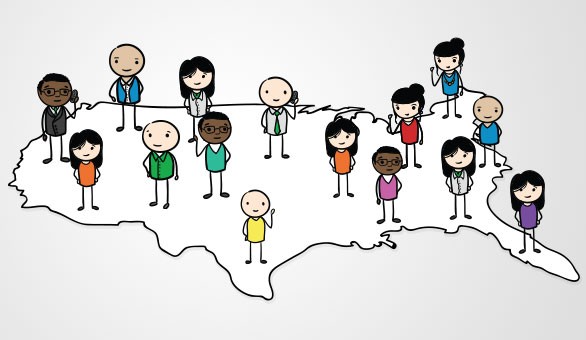 According to Thrivent Financial's Money Mindset Report, among the biggest obstacles to giving is affordability, and about 1 in 8 Americans surveyed said it’s because they “can’t give enough to make a difference.”

This belief of not having enough to give to make a difference is similar to the argument some people make when it comes to voting. But try telling a senator who wins by 18 votes that your vote doesn’t matter and I promise they’ll give you an earful.

While it often feels like one individual’s actions doesn’t have an impact on the big picture, the truth is that we all have the power to make a difference and influence change. In fact, the majority of giving (at least 71% of total annual donations) is from individuals, which equated to roughly $264.6 billion in charitable donations in 2015. And each year, approximately $4 billion is donated by individuals through workplace giving programs, in which employees can donate to nonprofits directly from their paycheck (one of the most cost-effective ways to raise money for charities).

What difference does this make?

America’s Charities manages workplace giving campaigns for companies, and we also help our nonprofit members get listed as charitable choices for donors to support through private sector, State and local campaigns, and public workplace giving campaigns like the Combined Federal Campaign. As a result, we have access to quite a bit of data, so we’ll use the 2015 pledge results for one of America’s Charities’ members as an example. For privacy purposes we will not reveal the name of the organization, but we will share some real figures to prove the collective power of individual giving.

So whatever cause matters most to you, give as much as you can afford this year – even if it’s just $10.  No matter how insignificant you think it is, your donation will be of substantial importance to those helped by that nonprofit. And once you have donated, don’t stop there. Read our blog post, “You’ve made a donation, now what?” and consider different ways you can connect with the nonprofit throughout the year to gain a better understanding of the impact your donation is having.