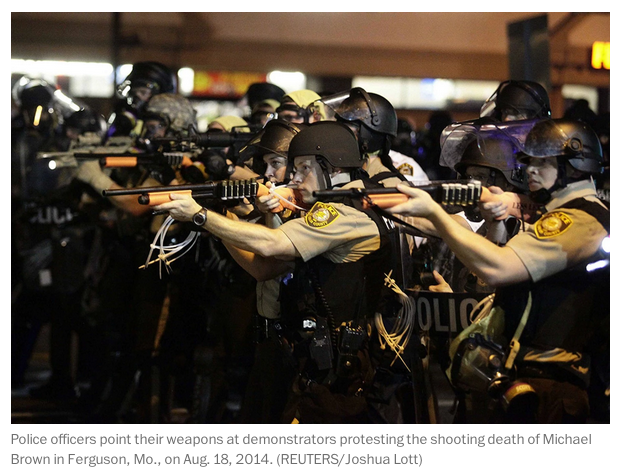 Just before midnight on Aug. 19, a longtime local cop named Ray Albers trained his AR-15 semiautomatic rifle on a protester in Ferguson, Mo., and told him he was about to die. “I will f——- kill you!” video shows the cop yelling at the protester, who said he had his hands raised. “Get back! Get back!”

When asked his name, Albers, who was suspended and resigned soon afterward, seethed, “Go f— yourself!”

This altercation was one of many disturbing encounters enumerated in an Amnesty International report released Thursday night that paints a damning portrayal of the Ferguson police force, which it accuses of committing numerous human rights abuses. The report was deeply skeptical of whether Ferguson cop Darren Wilson was justified in the killing of unarmed Michael Brown, criticized Missouri law it said violates international standards and condemned the local police response for shooting tear gas and rubber bullets, intimidating protesters and restricting residents’ right to peaceful assembly.