55, the Average Age of Death for Homeless Individuals with Mental Illness

55, the Average Age of Death for Homeless Individuals with Mental Illness

Pledge to End Chronic Homelessness in DC by 2016 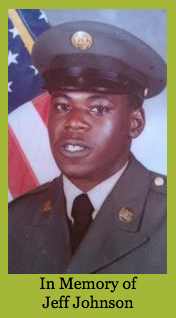 Today is National Homeless Persons' Memorial Day, when we honor the memories of all who died this year without the dignity of a home.

This year's events will be especially difficult for our friends at Miriam's Kitchen because just a few weeks ago, a long-time Miriam’s Kitchen guest passed away.

Jeff Johnson was a special presence in the Dining Room. As he struggled with mental illness, sometimes he seemed a little intimidating. But as the team at Miriam's Kitchen got to know him, there was an underlying sweetness that endeared him to their staff.

Jeff was one of those guests who struggled to fit into mainstream society, but Miriam’s Kitchen was his home, and he always knew that he was welcome and much beloved.

Jeff's death at the age of 55 is another reminder of how much work we still have to do to end chronic homelessness in D.C. Sadly, 55 is the average age of death for a homeless individual with severe mental illness. According to the statistics, this is when Jeff was supposed to die.

That is simply unacceptable.

What's difficult to accept about the timing of Jeff's death is that he was close to being housed. Through the efforts of many case managers, Jeff had been connected with Pathways to Housing, and they had a Housing First unit that they hoped to show Jeff as soon as possible.

When we advocate for more Housing First and increased street outreach, we're not just helping change the system, we're honoring the life of Jeff Johnson and others who died too young.

Make your voice heard. Be a part of the solution. Join the Way Home Campaign.

We can end chronic homelessness.