Population Connection is America's progressive grassroots organization that seeks to stabilize global population. We educate, inform, and inspire Americans to support voluntary methods to achieve global population stabilization--especially through funding for domestic and international family planning programs. We train teachers, motivate activists, and demonstrate to federal policymakers that there is a vital constituency demanding action on this issue.

Population growth places unsustainable pressures on our environment: intensifying water and food shortages and wreaking havoc on ecosystems through over-fishing, deforestation, habitat loss, pollution, and climate change. At the individual level, high fertility increases a woman's risk of pregnancy-related health complications, or even death. This year, some 308,000 women will die in developing countries from pregnancy-related causes.

High fertility also has consequences for children: Larger family size translates to fewer resources per child for adequate nutrition, school fees, and health care. This perpetuates the cycle of poverty, as each succeeding generation lacks opportunity.

The global population grows by approximately 83 million people annually. In 1999, the UN Population Division projected that world population would reach 7 billion in 2013. Instead, we reached that milestone a full two years earlier than anticipated, hitting 7 billion in October 2011. The UN's most recent medium-fertility projection puts population at 8.1 billion in 2025, 9.8 billion in 2050, and 11.2 billion in 2100. Those projections, however, are based on two assumptions: First, that there will not be a widespread contraceptive shortfall; and, second that there will be rapid reductions in current global fertility rates. If fertility rates do not quickly fall from their current levels, however, the high-fertility variant could become reality. The high-fertility variant projects that our planet could be struggling to support more than double the current global population in 2100, at an astounding 16.5 billion.

Approximately 1.2 billion people are between the ages of 15-24, and 214 million women in the developing world would like to delay or end childbearing but are not using modern contraception. Stabilizing population and ending the harmful impacts of population growth depend on the ability of today's young women and men to make informed, responsible decisions about their health, their families, and their lives.

Meeting the unmet need for family planning could reduce unintended pregnancies by 53 million each year, resulting in 22 million fewer unplanned births and 25 million fewer abortions. The lives of 150,000 women and 640,000 newborns could be saved.  Increased access to family planning could reduce child and infant mortality by up to 25%--preventing about three million deaths a year.

Our Population Education program, or "PopEd," builds on tried and true pedagogical methods to inform three million young people annually in grades K-12 about population growth and its ramifications for people and our environment. PopEd's exclusive materials prompt young people to evaluate their own attitudes and behaviors, helping them to understand how they have an impact upon limited natural resources and human well-being.

PopEd trains teachers to incorporate our lesson plans into the daily curriculum, helping students understand their relationship to the natural environment and to people around the world. We engage students with the complexities of population pressures, global climate change, natural resource use, wildlife endangerment, distribution of wealth and food, gender equity, economic progress, and how these issues are interrelated. Both teachers and students can carry this education into their daily lives, becoming citizens who understand and support population stabilization and environmentally sustainable practices.

Our staff and Teacher Training Network of more than 600 volunteers--professional educators who contribute their time--present more than 600 teacher training workshops every year, reaching more than 12,000 teachers and future teachers nationwide with our original population curricula. 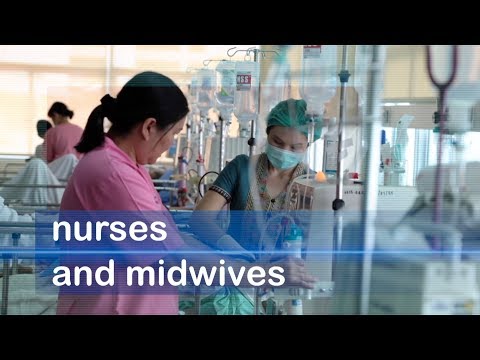